UGANDA “The Pearl of Africa” 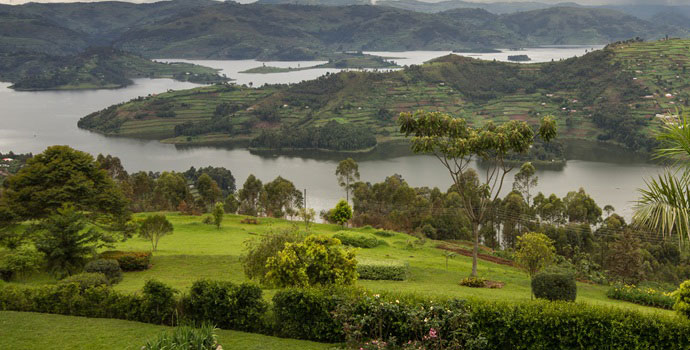 Uganda is a landlocked country in East Africa, bordered by Kenya in the East, in the north by South Sudan, in the West by the Democratic Republic of the Congo, in the southwest by Rwanda, and in the south by the Republic of Tanzania. The southern part of the country includes a substantial portion of Lake Victoria, which is also shared by Kenya and Tanzania, not forgetting wonderful views at Murchison falls where falls of the Nile squeezes through an 8m wide gorge,creating atrademark rainbow.

Kjong Uganda safaris will enable you discover why it’s the Pearl of Africa. Uganda takes its name from the Buganda kingdom, which encompasses a large portion of the south of the country including the great capital city Kampala. The people of Uganda were hunter-gatherers until 1,700 to 2,300 years ago, when Bantu-speaking populations migrated to the southern parts of the country. Uganda gained independence from Britain on 9 October 1962. The official languages are English and Swahili, although multiple other languages are spoken in the country.