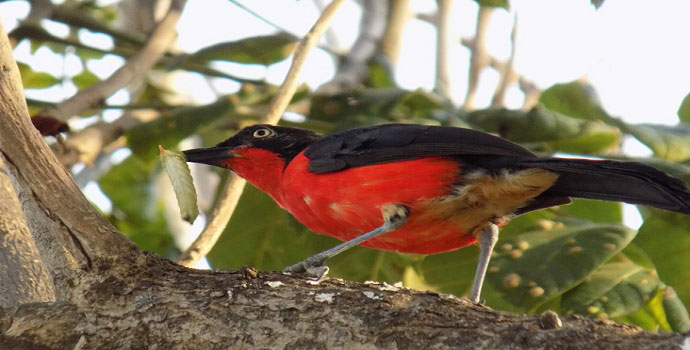 With its extravagant diversity and corresponding abundance of birds life,East Africa is one of the best places in the the world to observe birds.
The enormous variety and concentration of Bird life in East Africa is often overlooked by first-time safari goers intent on ticking off the big five. Roughly 1,500 bird species have been recorded in the region to date and scientists believe that many unrecognized birds are yet to be discovered, especially in remote areas. Compare this figure with the 250 or so recorded bird species in Great Britain or the 850 in Canada, Mexico and the United States and you will understand why ornithologists are so attracted to Tanzania (1,112 species at last count including 30-plus national endemics), Kenya(1,083 species), Uganda (1,005 species) and Ethiopia (850 species including about 60 actual or virtual endemics).
Nature has provided east Africa with a tropical environment with every conceivable type of habitat. Equatorial snow on volcanic mountain ranges, cool lush forests on their slopes, vast open temperature plains, harsh dry deserts and lowland equatorial forests, seashores and mangrove swamps providing perpetual food supplies, all contribute to this unique region. The vast majority of birds live and breed here year round, but several hundred species come from northern latitudes when harsh winters destroy their food sources.
In East Africa there are only wet and dry seasons and even these vary dramatically from place to place and year. Driven by some ancient instinct, birds know when to leave their breeding areas to seek a better place to live.
This is instinctive, not learned behavior. Many species that breed in the northern latitudes and migrate to Africa each year actually leave their young to find their own way south, or perish in the attempt. those that survive the long journey over harsh deserts, flying mostly at night, find rest and feeding grounds in the amenable climate of east Africa. there is a sudden influx of birds almost overnight as huge numbers appear in the bush country, forests and even suburban gardens.
when to visit.
The rainy season in East Africa is the equivalent of spring else where. Rain triggers food, which in turn triggers breeding. So if you want to see bird nesting sequences and mating behavior, you should plan to visit between April and May or in November to December. if you are more interested in seeing local birds rather than migrants, then come between March and September.