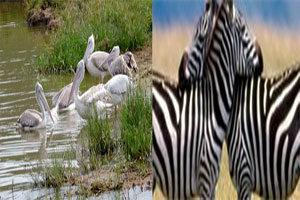 It was 20th December 2013, at its 68th session, when the United Nations General Assembly (UNGA) proclaimed 3rd March, the day of signature of the Convention on International Trade in Endangered Species of Wild Fauna and Flora, as UN World Wildlife Day to celebrate and raise awareness of the world’s wild animals and plants. The UNGA resolution also designated the CITES Secretariat as the facilitator for the global observance of this special day for wildlife on the UN calendar.

International World Wildlife Day will be celebrated in 2017 under the theme “Listen to the Young Voices.” Given that almost one quarter of the world’s population is aged between ten(10) to twenty four(24), tremendous efforts need to be undertaken to encourage young people, as the future leaders and decision makers of the world, to act at both local and global levels to protect endangered wildlife.

The engagement and empowerment of youth is high on the agenda of the United Nations and this objective is being achieved through the youth programs of various UN system organizations as well as the dedicated UN Secretary General’s Envoy on Youth.

In September 2016, Parties to CITES gathered in Johannesburg, South Africa, at the 17th meeting of the Conference of the Parties (CoP17) and adopted the very first CITES resolution on ‘Youth Engagement’ – calling for greater engagement and empowerment of youth in conservation issues.

International World Wildlife Day 2017 encourages youth around the world to rally together to address ongoing major threats to wildlife including habitat change, over-exploitation. Youth are the agents of change. In fact, we are already seeing the positive impacts on conservation issues made by some young conservation leaders around the world. If they can help make a change,yes you can too!

Governments, law makers, enforcement officers, customs officials and park rangers across every region are scaling up their efforts to protect wildlife. It is also up to every citizen, young and old, to protect wildlife and their habitats. We all have a role to play. Our collective conservation actions can be the difference between a species surviving or disappearing.
It’s time for us all to listen to the young voices. At Kjong uganda safaris, yes we can!