How much does it cost to see gorillas in Africa 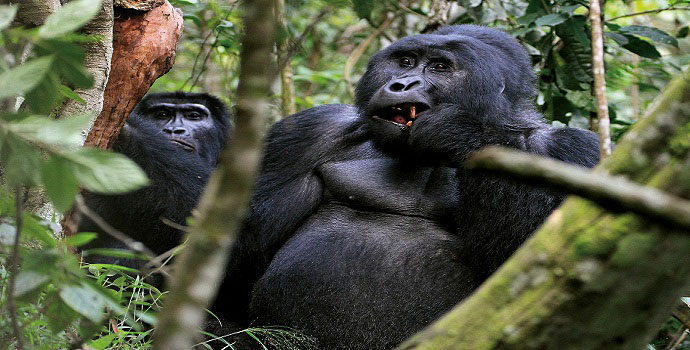 Currently Gorillas are believed to be over 880 individuals in number, the conservation efforts have increased the population of mountain gorillas in both Virunga Volcano forests across Democratic Republic of Congo, Rwanda and Uganda more so to Uganda’s Bwindi impenetrable forest.

According to research, for both studies conducted in Bwindi impenetrable forest and the Virunga volcanoes forests state that groups that were habituated for research have higher growth rates than the free range gorillas growing from the forests, Habituation leads to repeated neutral contact with humans the gorillas exhibit normal behavior when people are in proximity. Habituated gorillas receive protection and medication from game rangers and some good Samaritans from the neighbouring communities.

Where mountain gorillas are found

Trekking mountain gorillas in Rwanda’s Volcanoes National Park (Parc National des Volcans) is a two hour’s drive north west of Kigali the capital city of Rwanda. A trek can be done over a stay of just two nights since trekking in Rwanda doesn’t involve a lot of fitness as their are a few slopes to encounter while trekking unlike in Uganda’s Bwindi. All trekking activities start from the park Head quarters in the village of Kinigi.

Trekking gorillas in Uganda’s Bwindi Impenetrable National Park is quite experiential as the trek involves trailing across slopes of the impenetrable forest that happen to be longer and steeper but quite interesting, it’s full day drive full of interesting scenery along the way from Kampala city to the far west the home of mountain gorillas. It’s always a three days trekking trip but full of great encounters.

Gorilla trekking encounter in Uganda is a year round experience where by treks are conducted through out the year right away from the long rains that are commonly received from late march to early May here trekking is done at it’s wettest and trekking in November during a short rainy season. These happen to be the toughest times for trekking the endangered mountain gorillas in the whole year, peak season is in July and August during this time it’s more interesting.