Uganda being the pearl of Africa, she got lots of amazing adventure ranging from sights of magnificent water falls like Murchison Falls and Sipi falls, lots of wildlife to encounter on a game drive in Murchison falls National Park, Kidepo National Park, Lake Mburo National Park, Semuliki National Park and most amazingly the tree climbing lions found in Queen Elizabeth National Park, then experience primate trekking as you will watch mountain gorillas in Bwindi forest, Chimpanzees in Kibale National Park and the golden monkeys that can only be spotted in bamboo forest in Mgahinga Gorilla National Park. All these listed places can be visited on our 11 Days Uganda Tour. 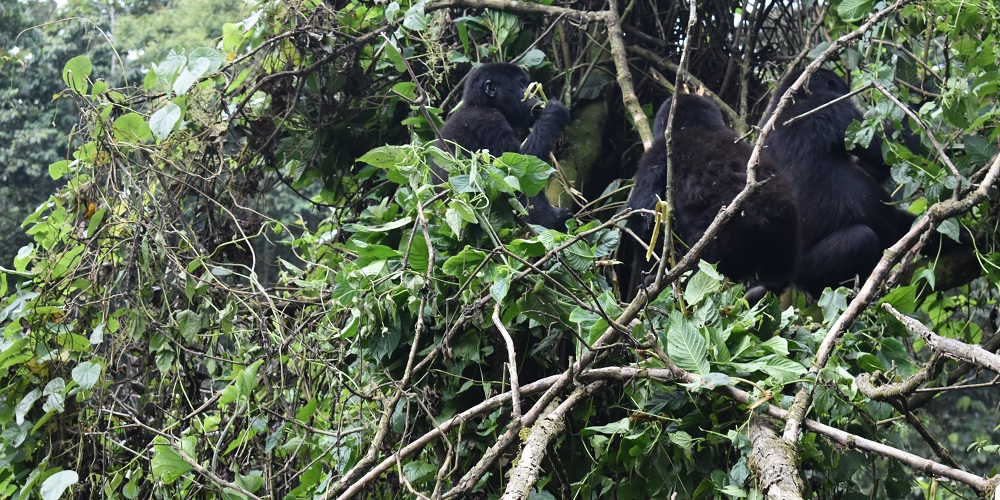 Bwindi Impenetrable Forest is one of Africa’s famous rain forest that leaves since 25,000 years ago, Bwindi Impenetrable Forest is a large primeval forest located in south-western Uganda and globally recognized as world heritage site by United Nations Educational, Scientific and Cultural Organization. The forest is on the edge of the Albertine Rift, the western branch of the East African Rift, it’s believed to habitat over 400 species of plants and is home to over 50% of the total population of the world declared endangered Mountain Gorillas the world’s most amazing primate to trek.
Why Go There: Due to increased numbers of Mountain Gorillas that exist in this rain forest, this has attracted lots of people to go and experience gorilla trekking activities as this allows you spend time with the mountain gorillas watch how they feed, play with young ones and having a look at their amazing resting nests. Besides Mountain Gorillas, this forest also habitats other primate species, bird species, reptiles, butterfly species, mammals plus amazing scenes of water falls and different plant species that you encounter while in the forest trekking Mountain Gorillas. On a 3 Days Gorilla trekking safari in Bwindi you will encounter these amazing primates in the Jungle.
Pro Tip: Reserve or book your gorilla trekking permit early enough for a better gorilla trekking experience and endeavor to follow the gorilla trekking Do’s and Don’ts while in the jungle avoid Silver backs from charging hence a safe return. 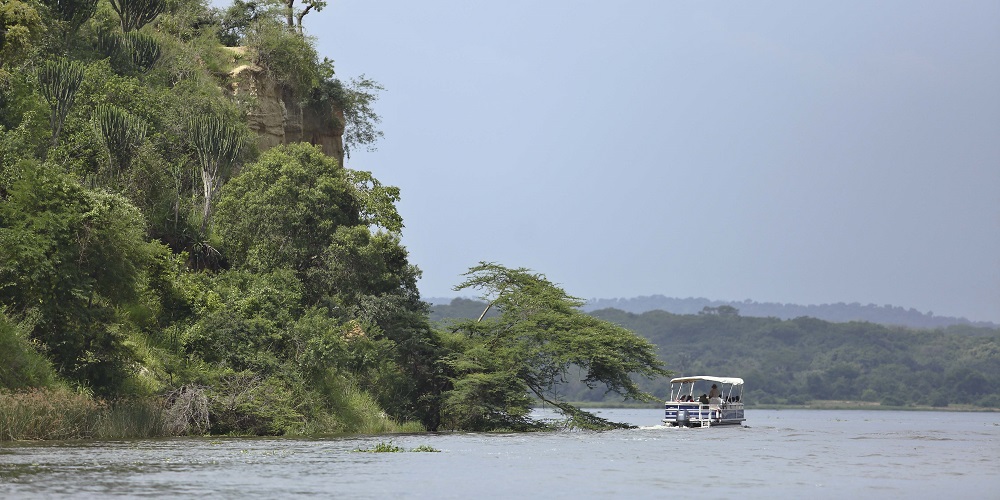 Murchison Falls is said to be the world’s greatest waterfall as the Nile forces its way through a gap in the rocks, only 7m wide, and tumbles 43 m before flowing westward into Lake Albert. This park lies at the northern end of the Albertine rift valley, where the sweeping Bunyoro escarpment tumbles into vast palm-dotted savannah. First gazetted as a game reserve in 1926, it is Uganda’s largest and oldest conservation area, hosting 76 species of mammals and 451 bird species.
Why Go There: Murchison falls National Park being Uganda’s oldest park gazetted back in 1926, has got a lot of wildlife to display ranging from birds, mammals, reptiles, butterflies, primates and the might Murchison falls. Here you will go for a boat cruise along the Victoria Nile, Hike to the top of the Falls, conduct game drives that will lead you to lots of animals including all the big 5 games and more other animals. On the 3 Days Murchison Falls Safari you be able to fully cover Murchison Falls National Park attractions.
Pro Tip: Conducting a morning game drive or late evening game drive would help you stand higher chances of spotting out lots of wildlife. 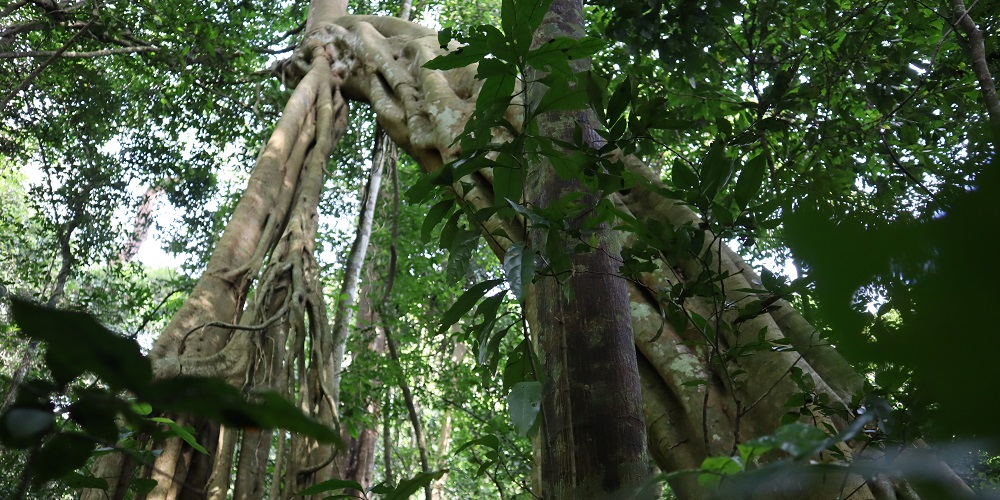 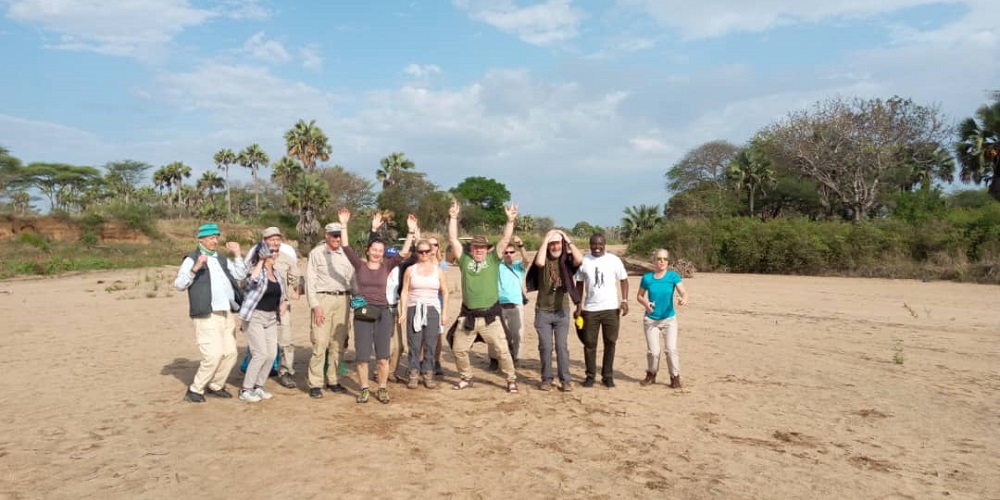 Kidepo Park is a wilderness, magnificent, virgin, spectacular and isolated park that is not yet fully discovered, Kidepo Valley National Park is traversed by large sand rivers, distinctive composition of wild game co-existing with the dry mountain forests, open savanna and hilltops capped by rock Kopjes. This park is dominated by Mount Morungole and transected by the Kidepo and Narus rivers. Discover Kidepo Valley National Park on a 5 Days Kidepo tour.
Why Go There: Kidepo is among the top 10 safari destinations in Africa that will offer you with amazing game drives with lots of games to view, Nature walks, Community walks here you get to know about the Karamajong lifestyle the traditionally known to be cattle raiders and hunters, Mountain hiking, Sand along river Kidepo and Bird watching.
Pro Tip: Conducting a morning game drive or late evening game drive would help you stand higher chances of spotting out lots of wildlife. 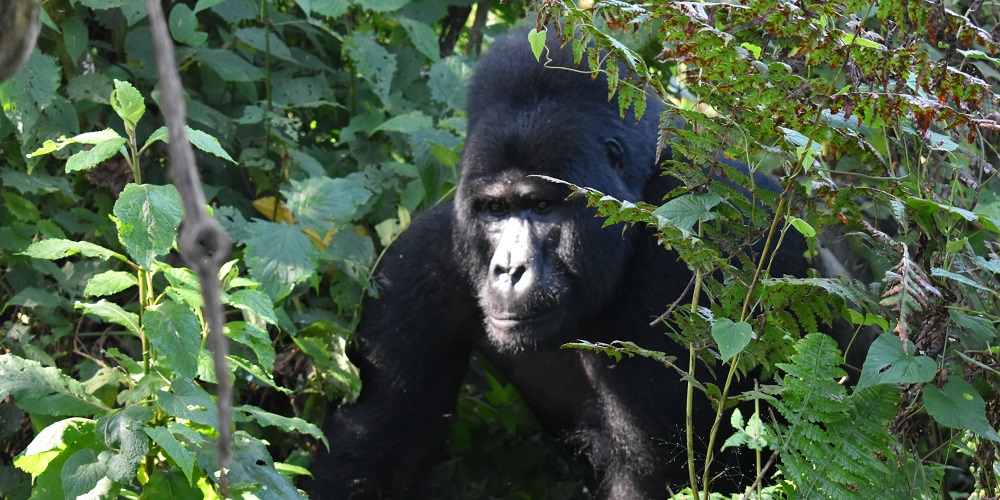 Mgahinga is named after the word Gahinga that comes from the local Rufumbira dialect meaning “a small pile of stones”. Mount Gahinga has a swampy caldera on its peak believed to be as wide as 180 meters. The vegetation across the mountain can be described as afro-montane with bamboo composing the main vegetation and this acts as great pasture to the rarely seen golden monkeys that can only be found in Uganda and Rwanda.Mgahinga Gorilla National Park is located in the Virunga Mountains and created basing on three inactive volcanoes, namely Mount Muhabura, Mount Gahinga and Mount Sabyinyo. Mgahinga National Park happens to be in contiguous with Rwanda’s Volcanoes National Park and the southern sector of Virunga National Park in the Democratic Republic of Congo.
Why Go There: Due to its swampy caldera at the peak that is believed to be as wide as 180 meters contains afro-montane vegetation which contains bamboo that has greatly attracted the stay of Golden Monkeys and Mountain Gorillas, therefore these two amazing primates are up for tracking experience here you also stand higher chances of tracking trans-border gorilla family.
Pro Tip: Reserve or book your gorilla trekking permit early enough for a better gorilla trekking experience and endeavor to follow the gorilla trekking Do’s and Don’ts while in the jungle avoid Silver backs from charging hence a safe return.

Semuliki valley National Park is also known to be the true birder’s haven and sprawls across the floor of the Semliki Valley on the remote, western side of the Rwenzori. This park is dominated by the eastern most extension of the great Ituri forest of the Congo basin as this is one of the few ancient and bio-diverse forests that survived the last ice age about 12000 to 18000 years ago. The park contains lots of numerous features related to the central rather than eastern Africa.
Why Go There: It being the only park with the central African feel in east Africa, this has attracted lots of central African wildlife species hence supporting activities like Bird watching, Game drives, Hiking and nature walks, Hot spring trail, cultural encounters and trails.
Pro Tip: Semuliki Valley National Park can be accessed via two roads from Kampala to fort portal but 4WD vehicles are recommended for both routes. Kampala – Fort portal via Mubende is about 4-5hrs drive and is the shortest route while Kampala – Fort portal via Masaka, Mbarara and Kasese is about 7-8hrs drive. 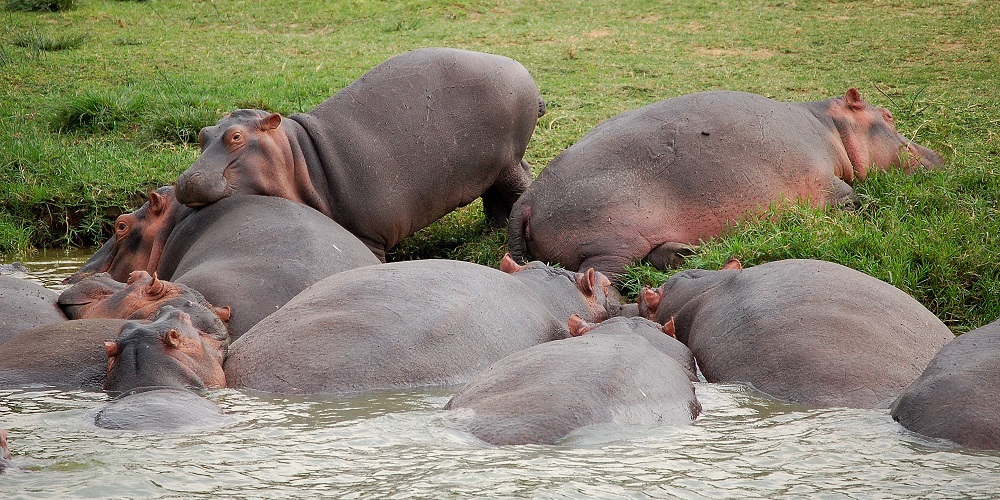 Scenes of Hippos along Kazinga Channel